Should you Travel to Machu Picchu, Chachapoyas and Kuelap Ruins?

Should you Travel to Machu Picchu, Chachapoyas and Kuelap Ruins?

A new state of the art cable car system has been installed in a small village near Kuelap ruins, with the idea of attracting more visitors to the Chachapoyas Cloud Forest region in northern Peru. The cable car system solves but one of many logistical problems for getting the masses to the ancient fortress of Kuelap. The idea is to spread the wealth of travelers around the country and take some of the heat off Machu Picchu.  Machu Picchu and Kuelap are in the same country. Peru. But that's the only detail they share in common. It's like traveling to the Grand Canyon and Yellowstone National Park in the US. It can be done. But it requires precision planning. They are not located anywhere near each other. To travel to both is an adventure that some people may not want, or be able, to do. I'll explain later.

Should you combine the two destinations in to one trip? How do Kuelap ruins compare to Machu Picchu? 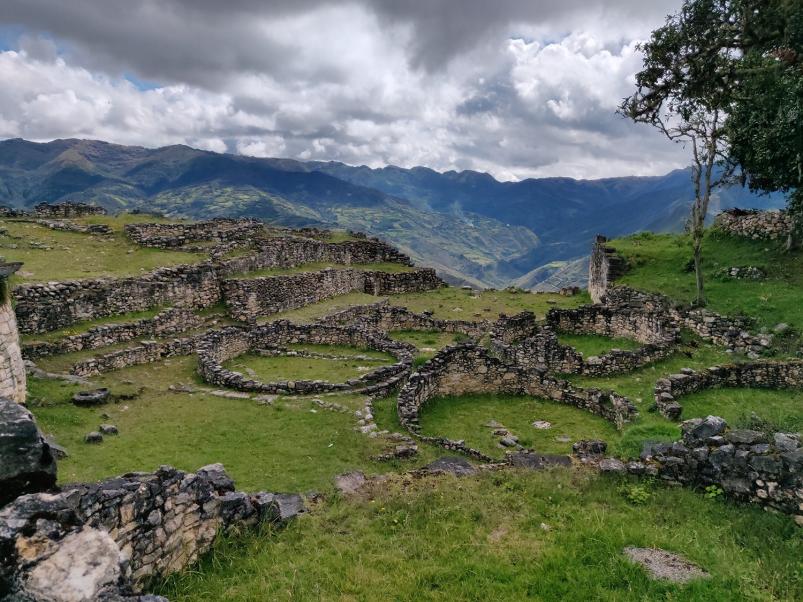 They compare in the same way that Eiffel Tower compares to La Maison Carree (one of the best preserved Roman temples in the world). You would design a trip to see the Eiffel Tower and if you happen to be in the neighborhood, you would certainly be interested in seeing the roman temple. If you don't see the roman temple, it's not a deal breaker.   As long as you get to see the Eiffel Tower, your trip is a success.  That's how it is with Machu Picchu. Everyone wants to see it, but are people willing to spend less time in Machu Picchu and supplement their trips with visits to other sites? Like Chachapoyas?

There is an amazing cable car system now that takes you on a delightful 15 minute float across a breathtaking gorge. When Hubert and I visited the region, he told me that the last time he want to Kuelap he hiked for 2 days. There is a lot of hype about that cable car and how easy it makes the journey.  But what they don't mention is the long drive on dirt roads to get to the terminal where you board a shuttle bus that takes you to the cable car house. And after the cable car takes you across the gorge, you begin a hike for another 30 minutes to Kuelap. Enterprising local people offer horse rides on the same path used by pedestrians willing to hoof it themselves.  The path is paved with rough cut stones. And mud. And now horse poop. Keep that in mind when selecting footwear. The terrain is rough.  And to get inside the fortress requires walking up steps through a narrow passage. Once inside it's easy to move around as long as you don't mind little bit up, little bit down, steps and rough stone paths. In some places they have built wooden staircases with handrails.  But a visit to this site is not for everyone. People who are out of shape or have difficulty with inclines or steps should not do this trip.  Is it worth it? If you're into the adventure of getting there and being there, then yes, it maybe worth it. If you're expecting exquisite carved superstructures and construction techniques similar to Machu Picchu, then don't go.

Here's how to get to Kuelap ruins in northern Peru:

While you're in Chachapoyas what else is there to see?

There's some cool stuff. The "cloud forest warriors," as the ancient civilization is known, is older than the Inca who built Machu Picchu.

How to book your trip:

I pushed myself to do the hikes to Gocta waterfalls and the other spots. If you don't mind a little bit of suffering and long rides in mini-vans, then I recommend this trip for you.

You're welcome to call me in Virginia if you'd like to ask questions and find out more.