Whether you're anticipating a trip to Machu Picchu, or fueling your armchair wanderlust, these books are my favorites. I'm attracted to adventure mixed with a little science and historical facts. For ten years I've been traveling, reading and dare I say studying the Incas.  There are no travel guides on this list because I wanted to share interesting literature.

Conquest of the Incas / by John Hemming 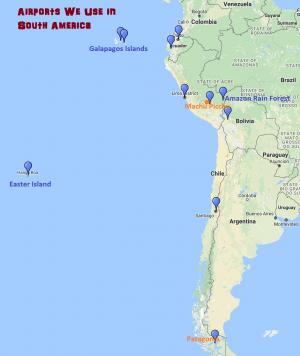 Could be titled "War and Peace" of the Incas. The story of the rowdy collision between the colonial Europeans and the Inca, with the rugged Andes Mountains as the backdrop. Features all the Inca kings with lots of dates, descriptions of family lineage, and stories of the battles with the colonial conquerers. Graphic documentation of how the Spanish used every advantage possible to conquer the Inca. The Spanish at that time were on a quest to explore, conquer and ultimately sieze gold in as many places in the world as possible. The unsuspecting Inca had a different world view and if they had been thinking in terms of using their native knowledge to undermine the Spanish, they could have resisted the small numbers of colonials, by outsmarting them "in the mountains." The Inca were skillful at using local resources to construct narrow, steep mountain paths in unbelievably tight or precarious spots. The spanish were not as nimble and moved around on big lumbering horses that could not negotiate the paths used by the Inca and the llamas.

The Inca Kings could not organize armies to overcome the attack of the Spanish. There were individual Inca kings who seemed to grasp the seriousness of the problem and who had the mentality to retaliate, but they could not galvanize the common people and farmers over whom they reigned with strict parental authority.The farmers were not soldiers. So the Spaniards were allowed to destroy and steal golden treasures, and the heritage of the Inca, to ship back to the kings in Europe.

Cradle of Gold / by Christopher Heaney

Chronicles of Hiram Bingham, the American explorer on his quest to blaze trails in Peru in search of Vilcabamba the lost city of the Incas. He believed he found it when he arrived at Machu Picchu on July 24, 1911. But he was wrong.  And apparently very disappointed after poking around in the caves and graves. The only treasures found were bones and ordinary grave goods.  In other words, no gold.

The story reeks of "Indiana Jones" type adventures and describes mishaps that one could expect from expeditions of that era.

Journalist shares his experiences hiking to Machu Picchu with a local guide.  Humorous description of the mishaps and adventures of a novice hiker and how he spins his lack of experience into an entertaining story about how NOT to organize your trip to Machu Picchu.

One River / by Wade Davis

Not exactly about Machu Picchu ruins. At all. Depicts the adventures of Richard Schultes, a scientific explorer from Yale who spent years traipsing around the Amazon jungle and the Andes Mountains in the 50s collecting botanical samples to send back to his lab. Two grad students document their journey as they follow in his footsteps in the 70s. The book highlights how indigenous people used plants, especially halluginogenic concoctions. The authors meet shamans and selectively participate in ceremonies where halluginogenic mixtures are consumed. Includes a scientific analysis of coca leaf and how it's used by local people.

If you have a favorite book, please let me know, I would love to hear what you are reading.