If you knew the existence of Machu Picchu was about to be announced to the world, what would you tell people? The well-known explorer Hiram 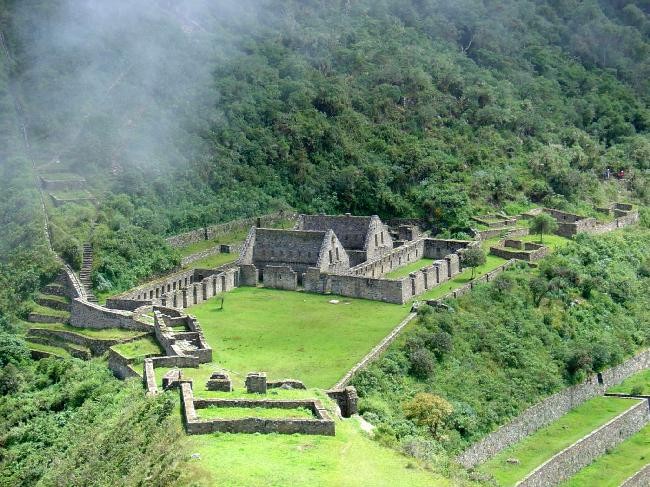 Bingham, who is responsible for the Machu Picchu shout out, had no idea how the impact of his disclosure would forever affect future generations. Yet here we are, called in from every corner of the planet, treading in Bingham's footsteps on our way to see for ourselves, the mystery and majesty of the ancient Inca  ruins of Machu Picchu.

Did you know that Machu Picchu has a sister? Choquequirao ruins, which are only accessible on foot.

In case you missed the chapter on ancient Inca history in high school, the Inca civilization was industrious. They left us hundreds if not thousands of sturdy stone ruins and terraces of assorted size and importance. One of which is the famous ancient citadel of Machu Picchu. The Inca civilization runs the length of the Andes Mountains, crossing the borders from Ecuador, Peru, Bolivia and down into to Chile and Argentina. So far, the most popular and perhaps grandest ruins, appears to be Machu Picchu, located in Peru. The Peru government has set up enough infrastructure to accommodate almost anyone who wishes to endure the trip, the chance to walk among the authentic stone relics of the ancient Incas.

I'm happy to report that there is not the slightest suggestion of modern convenience allowed inside Machu Picchu national park. You are free to fall from unfenced terraces to your heart's desire, or faint from thirst should you forget to carry a supply of water. Machu Picchu is one of the New 7 Wonders of the World.  And to be considered for the World Heritage List by UNESCO, a site "must represent a masterpiece of human creative genius."   If you've ever visited the ruins, you know why they deserve this distinction. But all of that could change. Eventually. 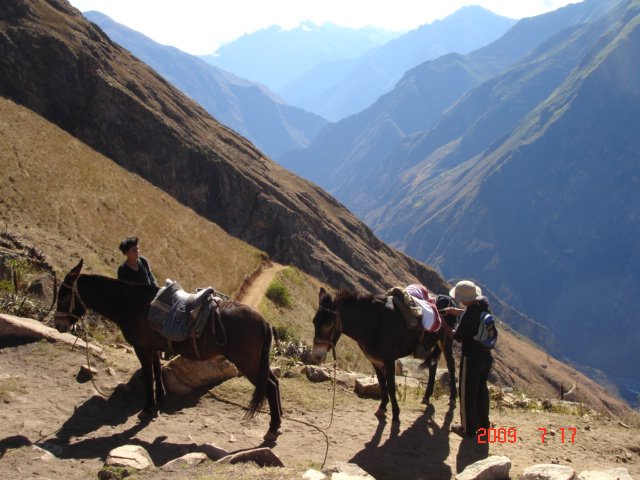 nearly impossible to reach, except by hardy trekkers willing to suffer just a bit. Choquequirao ruins occupy a sizeable chunk of real estate, and like Machu Picchu, include remnants of religious structures, homes, terraces for agricultural activity and a network of stone staircases and paths to connect everything. Currently about 5 persons per day make the trek to explore the Choquequirao ruins.

Adios Adventure Travel has guided many. It takes 5 days with mules, wranglers, guides and porters to get there and back.  And includes hiking steep, rocky switchbacks and a river crossing that if the bridge is in tact, might be an easy stroll across. But if washed out, the only other option is to zing across in an open metal box dangling from a cable attached on each side of the river. You don't really know what you'll find until you get there.

The Peruvian government announced plans to build an aerial tramway to Choququirao ruins. Expected completion was in 2015, but the project appears to be tabled for now. When completed, it will be the first in the country. Meanwhile, a new airport is planned in a nearby village. Otherwise the drive from Cusco is 4 hours on a busy 2-lane winding road.  (this local airport is not to be confused with plans to build an International airport near Chinchero) Once the airport and tram are completed, travelers will be able to access and walk among ruins that have barely been seen, let alone touched by modern people. The world is poised to celebrate this exciting opportunity to collectively watch the unfolding of a potential new world heritage site. Maybe this is how Hiram Bingham felt on the eve of his announcement about Machu Picchu?